* In case of any delay in receiving the OTP, you may verify it later. Please proceed without verification.

Enter your City name or Pincode

Geography and Location of Mahabaleshwar 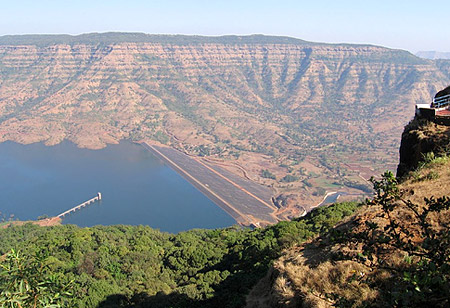 Mahabaleshwar is made up of three villages namely: Old “Kshetra” Mahabaleshwar Malcolm Peth and a part of the Shindola village. The city was established as a health resort during 1829 AD. Earlier, it used to be a jail for the Chinese and Malay convicts from the year 1834 till 1864. This jail had a capacity to keep about 120 prisoners. History shows that these prisoners are behind the cultivation of red potatoes, strawberries and weaving of cane and bamboo baskets, for which the city is popular.

Mahabaleshwar is situated at a distance of about 120 kilometers to the Southwest of Pune and about 285 kms from Mumbai. This vast plateau is spread over an area of 150 square kilometers and is bounded by valleys on each side. It has an average elevation of 4500 feet and reaches a height of 1,439 m at its highest peak above the sea level. This point is popularly known as the Wilson or Sunrise point. Mahabaleshwar is located in the southern part of Western Ghats at 17.917° Latitude and 73.667° longitude.

For studying the geography of an area, it is really important to analyze the settlements. Settlements regarding a place play an important role in reflecting the factors like socio cultural and socio functional aspects concerned with the economy. Since, India is dominated by the agrarian economy most of the population of the country resides in the rural areas. Mahabaleshwar is concentrated in an area of about 223.01 square kilometers. There are about 55 villages in total with 55 rural settlements and only 1 urban settlement.

Different Types of Soils in Mahabaleshwar

Variation in soil results in local disparity in the land usage and population distribution. Condition of soil and agricultural development in a region are closely related to each other and reflect the population densities. Various factors which collectively influence the nature of soil are such as relief, nature of parent rocks, vegetation and climate. We can see the formation of soils and flourishing agriculture wherever these factors have shown favorable results. Higher the fertility of soil more flourishing will be the agriculture in the region.

Mahabaleshwar is the home for red laterite soil which could be found in excess in the hills and increases the nutritional value of the strawberries which are cultivated there. This kind of soil also helps in the cultivation of the raspberries, gooseberries and mulberries found in abundance in the hill station. The colors of laterite soils vary from red to brownish as high quantity of iron oxide is present in it. These soils are found to be quite acidic and have low phosphoric content. Local name for the laterite soils in Mahabaleshwar is Tambadi Mati.

Deep laterite soils have rich texture and are quite suitable for cultivation. These soils cover the upper ranges of the right bank tributaries of the Krishna River ad are mainly used for the production of rice in the area.

Medium deep laterite soils cover the river valley and plateau top. These have less depth and course in structure and are suitable for agriculture.

Coarse shallow soils are found mostly in the hill ranges like the offshoots of the Sahyadri and southern flanks of the Mahavdeo ranges. It is shallow and covers mainly the forests in Mahabaleshwar.

Climate of the city plays a vital role in the settlement pattern and agriculture. It is considered as one of the essential factor influencing the population and economic activity of man. Mahabaleshwar is blessed with a dulcet, moderate climate throughout the year. People residing in the city experience three seasons in the complete year such as summer, monsoon and winter.

Average weather conditions which can be recorded at a place over a long period of time are called its climate. Some of the important elements of climate are such as rainfall, temperature, humidity and wind influences.

If rainfall at a place is well distributed, it helps in the growth of agriculture as well as raises the level of the ground water. Average annual rainfall reported in Mahabaleshwar is about 6126.4 mm.

The summer season in Mahabaleshwar extends from the month of March to June and is quite pleasant to visit for sightseeing. Temperature at the place varies from 18oC to 29oC. However, the days are quite warm but as the Mahabaleshwar city is located at a height of about 4,718 feet so it does not get too hot during summer. On the other hand, the cool breeze all around envelope the city making it quite pleasant in the summer season.

The monsoon season lasts in the city of Mahabaleshwar from June to September. Mahabaleshwar offers bewitching scenery during this season. This season is the ideal one for the couples who are out on their honey moon.

Winter starts in the Mahabaleshwar city from December and ends by February. During this season the temperature at the place is quite cool and hovers between 5oC to 24oC.

Comments / Discussion Board - Geography and Location of Mahabaleshwar